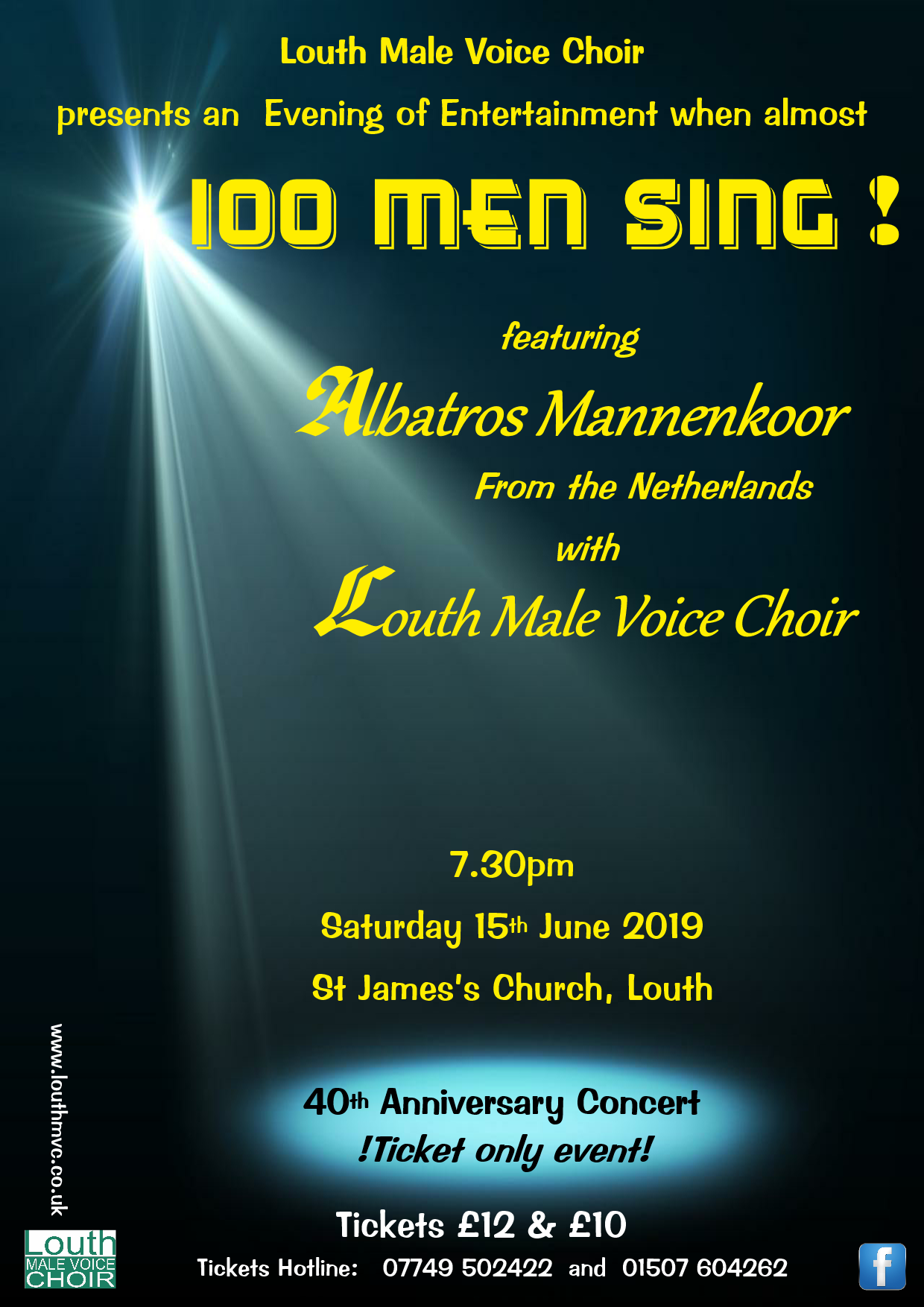 But for a chance meeting by David Bryant of LMVC and Klass Wieske of Albatros CMK, in a Luxembourg caravan park 41 years ago, we would not be celebrating the 40th anniversary of exchange concerts.

This year marks the 8th visit by Albatros to Louth, singing in St. James – LMVC has been to Nieuwe Pekela, Groningen in the Netherlands 7 times. The last time was in 2017 when David Bryant, Malcolm Neal and Brian Wood of LMVC and 11 members of Albatros, sang together at the 1979 concert. All those from LMVC and most from ACMK will be at this concert. Sadly Klass Wieske left us a few years ago but such is the personal and general ties of the two choirs that his daughter Rita Wieske will be coming.

It is quite amazing that we continue to enjoy each other’s singing, as there is a complete contrast in styles, or is that because of it. Albatros always have a Russian section when they are dressed accordingly. The concert is set to be another very entertaining evening with some joint pieces at the end.

You can find some newspaper cuttings and old photographs in this archive folder. Can you recognise Messrs Bryant, Neal and Wood in their youth?