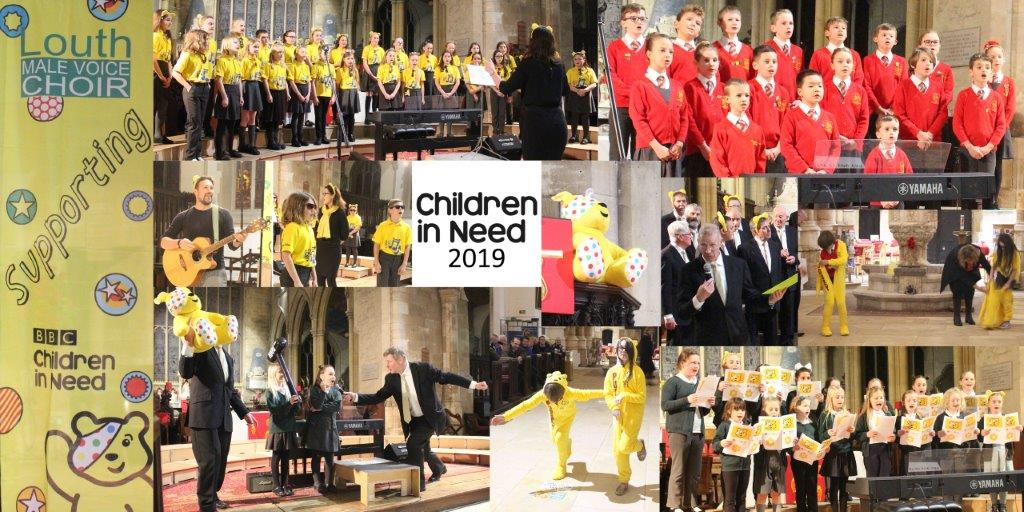 This is the third year we have run and sponsored a musical CHILDREN IN NEED.

Another fun evening of singing by the kids and a few light hearted games all in aid of Pudsey. LMVC opened and ended the evening with a few songs. Our James Lavarack (of John Taylor’s) auctioned off a Pudsey bear which raised over £60, a lot of granddads were bidding before the ‘final bid and hammer’ were performed by Charlie and Maisie. Paul Firth, our Chairman and MC for the night, told the audience that in each of the last two years we covered all costs and topped up the cash raised on the night to £2,000 and that it was hoped we would raise a similar figure this year – I will let you know. There is a big thanks to Andy Howlett of Louth Town Hall who lent us his PA system. Doubtless we will be doing it again next year for such a worthwhile cause.