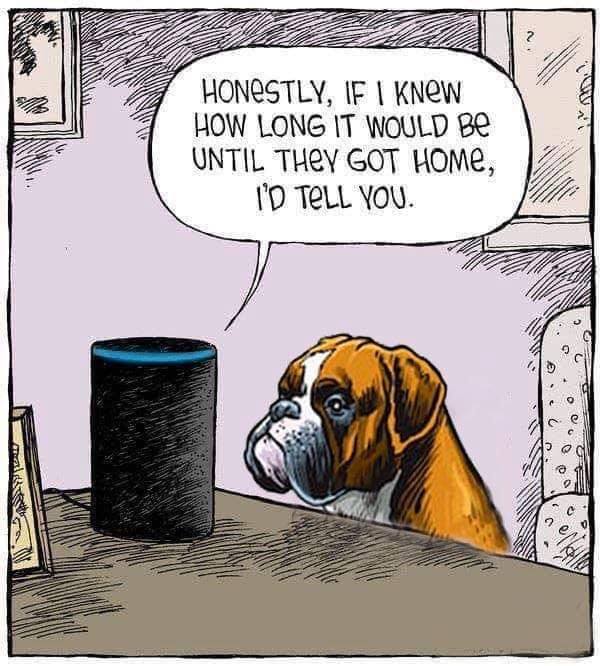 Are Alexa, Google Assistant, Amazon Echo and Siri Listening ? Is your webcam watching you?

Seems like we owe the tinfoil hat club a big apology. Yes, there are eyes and ears everywhere in just about any large city in the world. Our smartphones, tablets, computers, cars, voice assistants and cameras are watching and listening to you.
We don’t know what is more troubling — that these devices keep track of us or that we shrug our shoulders and say, “Oh well?” That attitude of surrender may stem from an overwhelming sense of
helplessness.
What you might not know is that, intentional activation or not, the recordings are kept on servers and may even be reviewed by human ears. Sounds creepy, but there is a reason: The more data
providers get about things like accidental activations, the better they can refine their voice recognition software to prevent them. Apple, Google, Amazon, and Microsoft all do this.

The human listeners are not told who they are listening to, but they might hear enough details to connect a voice to a specific person.

You can take control of what your devices hear and record, and it’s not that hard. Here are some ways to help you turn off and tune out Alexa, Siri, and Google, as well as smartphones, third-party
apps, tablets, and computers.

How to stop Alexa from listening to you

Weeks after the public discovered that Alexa, and by extension Echo devices are always listening, Amazon announced a new Alexa feature that’s already available. It allows you to command the
voice assistant to delete recent commands. Just say, “Alexa, delete everything I said today.”

Sounds great, but there’s still the problems of Alexa always listening and your old recordings. Let’s tackle the old recordings first. Unless the delete command is expanded to include all recordings,
you still have to remove old files manually. Here’s what to do:
1. Open the Alexa app and go into the “Settings” section.
2. Select “History” and you’ll see a list of all the entries.
3. Select an entry and tap the Delete button.
4. If you want to delete all the recordings with a single click, you must visit the “Manage Your Content and Devices” page at amazon.com/mycd.

As for Alexa and Echo devices always listening, well you could turn off each of the devices, but then what’s the point of having them? The real issue is that Amazon employees around the world are listening to us and making transcriptions.

Here’s how to stop that:
1. Open the Alexa app on your phone.
2. Tap the menu button on the top left of the screen.
3. Select “Settings” then “Alexa Account.”
4. Choose “Alexa Privacy.”
5. Select “Manage how your data improves Alexa.”
6. Turn off the toggle next to “Help Develop New Features.”
7. Turn off the toggle next to your name under “Use Messages to Improve Transcriptions.”

For extra privacy, there’s also a way to mute the Echo’s mics. To turn the Echo’s mic off, press the microphone’s off/on button at the top of the device. Whenever this button is red, the mic is off. To
reactivate it, just press the button again and it will turn blue.

How to stop Siri from recording what you say

Alexa isn’t the only nosey assistant. Don’t forget the ones on your iPhones and Androids. On your iPhone, “Hey Siri” is always on waiting to receive your command to call someone or send a text message, etc. Apple says your iPhone’s mic is always on as it waits for the “Hey Siri” command, but swears it is not recording.

If it still makes you nervous, you don’t have to disable Siri completely to stop the “Hey Siri” feature. On your iPhone, go to Settings>> Siri & Search>> toggle off “Listen for Hey Siri.”

Note: “Hey Siri” only works for iPhone 6s or later. iPhone 6 or earlier has to be plugged in for the “Hey Siri” wake phrase to work.

How to delete your recordings from Google Assistant

Google Assistant has the “OK Google” wake-up call, but the company introduced the My Account tool that lets you access your recordings and delete them if you want. You can also tell Google to stop recording your voice for good.

Here’s how to turn off the “OK Google” wake phrase: On Android, go to Settings >> Google >> Search & Now >> Voice and turn “Ok Google” detection off.

How to control third-party apps that record you

Even if you do all these steps for your Apple and Android devices, third-party apps you download could have their own listening feature.

Case in point: Facebook (although it denies it. But it’s still a good practice to check to see if third-party apps are listening).
Facebook CEO Mark Zuckerberg just needs a bit of tape to cover his laptop webcam and mic jack in order to protect his privacy!

Here’s how to stop Facebook from listening to you

If you are an iPhone user, go to Settings >> Facebook >> slide the toggle next to Microphone to the left so it turns from green to white.

Or, you can go to Settings >> Privacy >> Microphone >> look for Facebook and slide the toggle next to it to the left to turn off the mic. You can toggle the mic on and off for other apps this way, too.

The bad news for privacy seekers is that iPads come with a screen recording feature that also records audio. It may pose issues in terms of both privacy and security.

You can disable the screen recording feature through another feature, “Screen Time”:

Screen Time is available in iOS 12 and above. If you are still using iOS 11 or iOS 10 on your iPhone or iPad, the above steps can be found under Settings >> General >> Restrictions.

Android tablets also can record video and audio. However, you have to use a third-party app to disable the camera.

On your Android device, go to the Play Store, then download and install the app called “Cameraless.”

Desktop and laptops are watching and listening too

We’ve been warned for years about hackers taking control of cameras on your computer screen. No need for elaborate instructions on disabling and enabling the camera. Just slap a sticker on it and only remove it if you have to use Skype. Sometimes the best solutions are the simplest ones.

Unfortunately, you do have to root around your computer a bit to turn off mics.

For PCs running Windows 10, the process is actually quite painless. Right-click on the “Start Button” and open “Device Manager.” In the “Device Manager” window, expand the audio inputs and outputs section and you will see your microphone listed as one of the interfaces. Right-click on “Microphone” and select “Disable.” You’re done.

If you have an older operating system, use this method:

Now you know how to take control of your devices and how they listen and record you. It’s a pretty simple way to get your privacy back, at least some of it.