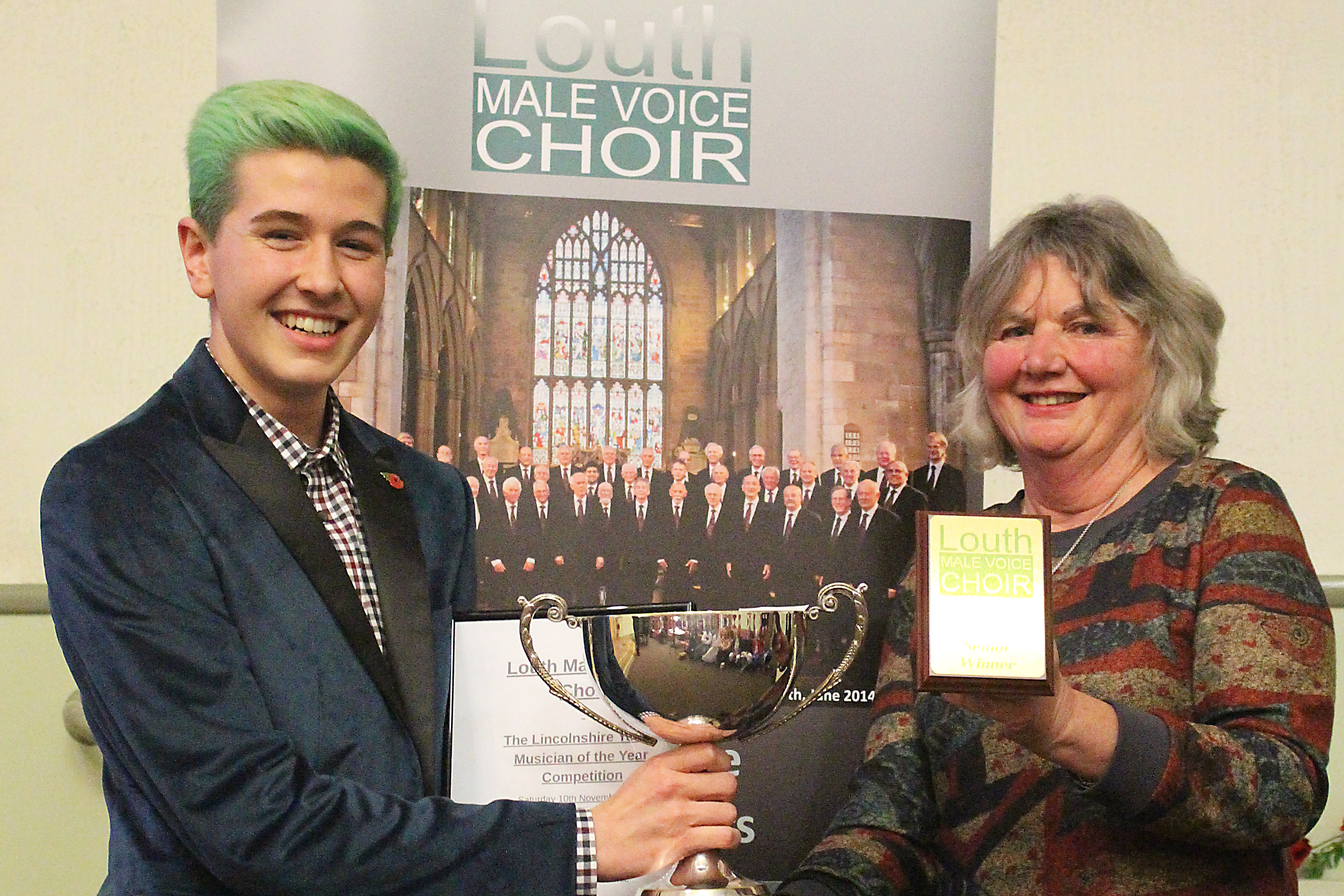 Young Musician of the Year 2018

Once again a past contestant persevered to win this year’s YMY competition to receive the Brian Wood Trophy. Jack Lent was 3rd in the senior section in 2017 playing traditional music on flute. This year he gave an extraordinary and unconventional performance (along with his hair!). Look at the above video. Hopefully this will encourage others in the future.

This year for the first time we introduced preliminary evaluation by submission of a video which saved the contestants having to go through a first stage performance earlier in the day.
This worked really well and we knew we were in for a good level of performance.

Kira Roberts, on Euphonium, was last year’s winner and she opened the evening for us.

Graham Burrell our MD and recently retired Head of Music at Cambridge Park Academy, Grimsby, together with Janet McKee our retired accompanist, were the adjudicators. Graham’s critique of each performances as always was expounding both the good and not so good. He makes a point of being positive but also instructive.

While the adjudicators retired for their deliberations Euan Braddish, who was last year’s intermediate winner on Cello, played for us.

Malcolm Kerridge has again done a superb job in running the competition spending a great deal of time and effort in getting it all together. Alan John was our MC for the night with his normal dry wit. Councillor Jill Makinson-Sanders presented the prizes.

The competition has developed over the last few years into the premier event for many young musicians in historic Lincolnshire. At the same time, it has preserved the original concept, which was to encourage and stimulate a love of performing music and to create a relaxed and friendly atmosphere in which all would feel happy to compete. The annual competition is held on a Saturday in November each year.  Applications are welcomed from instrumentalists, vocalists and ensemble both orchestral instruments and voice, and must be submitted by the end of October. The competition is open to young people under the age of 18 on 31 August who either reside in or attend a school in Lincolnshire.
The competition is divided into three age group: Junior, under 11 years of age; Intermediate, under 14; and Senior, under 18.  The format is for preliminary evaluation by submission of a video.  The selected finalists from each age section perform at a concert in the evening.  Whilst the adjudicators are making their making their judgements the audience is entertained by a previous winner of the competition.